A friend once told me that she was reading Hofmannsthal's libretto for Richard Strauss's Ariadne auf Naxos and that the plot was very silly. I agreed, but also stated that despite the ludicrous plot, it was my favorite Strauss opera, possibly one of my favorite operas of all. My love for it did not stem from the text or plot, but entirely from the music. And the music justified whatever plot it set.

Any fan of opera is accustomed to some suspension of disbelief: the characters onstage occupy a world where they sing to each other, but cannot hear the orchestra accompanying them. Ariadne is one of the most extreme examples of this, as it is an opera about putting on an opera, complete with characters that are singers, comedians and even a composer. Dramatic tension arises in the first act arises because the work itself is not sacrosanct, a state that the composer riles against. The irony here is that the work that we are hearing is sacrosanct. This composition, then, is a work about a Work and the conditions necessary to make it a Work of Art.

'Suspension of disbelief' arguably understates the case for opera. Opera leans heavily toward phantasmagoria, a term that Adorno borrowed from Marx and applied to the works of Wagner. Phantasmagoria hides its means of production, it creates a coherent yet imperfect world view, it declares itself in the medium of sound. While it can be analyzed, more often it is understood sui generis. For Adorno, it is a form of  'magical delusion.'

Opera, particularly in its modern guise, particularly at an institution such as the Met, is a magical delusion. The Work of Art rests at its core, with all other elements subservient to it. Even the repertoire is gradually diminished because while audiences crave magical delusion, they want to experience delusions that are familiar to them.

It takes an effective magician to maintain magical delusion. Such a magician was kept on at a very high cost. Open secrets circulated, but magical delusion around Works of Art prevented anyone from taking action. 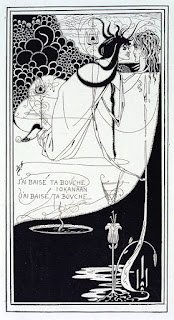 There is an easy and glib joke to be made here about which of the two screenings had a strip tease (I am making an assumption that High School Musical did not). But that neglects the fact that Salome's violent fate, enacted before our eyes, is equally unsuitable for children. Her stepfather's soldiers crush her to death with their shields on stage. Even by the standards of opera, this end is grotesque, but her demise is purportedly justified by her grotesque actions: she talks to the moon, speaks erotically to a holy man, performs a striptease, kisses a decapitated head. Perhaps she is a monster. 'Monster' (Ungeheuer) is the label her stepfather gives her immediately before he orders her death.

This same stepfather demanded that a teen-aged girl--the daughter of his wife--unveil for him. He walks off the stage. Monsters can also hide in plain sight and walk freely. These are the scarier monsters.

It is a strange condition of opera repertoire that monsters are so abundant. We pretend that artistic quality somehow excuses their terrors. We ask that performers participate in them regardless of any past traumas they may have experienced. In theory classes, Mozart's incorporation of sonata form into an ensemble is more highly valued than the fact that one member of the ensemble is an exemplary case for toxic masculinity. We dig deeply into the score to find reasons to disbelieve Zerlina's scream and question Donna Anna's accusations of impropriety. We passively accept overt Jewish stereotypes, Japanese teenagers sold to foreigners for sex, women rendered voiceless by an encroaching patriarchy. We care more instead about the performers and the productions. We prefer that the score remain sacrosanct.

I once heard Tristan und Isolde six times in the same month--phantasmagoria at its finest. The conductor was Christian Thielemann. I knew nothing about his 'open secret' of antisemitism. The prelude to Act III was all I cared about. 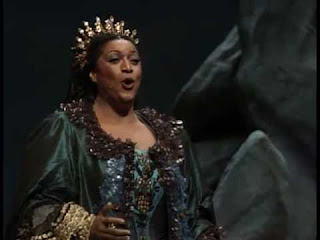 We should not be surprised in the least that this operatic world of magical delusion should have deluded itself into thinking the many rumors that accompanied James Levine were nothing more than rumors. After all, the repertoire that we value, more often than not, protects the villains and rewards the abusers. We have convinced ourselves that the repertoire is fixed because of its musical merit instead of questioning why works with such monsters are still being performed. If we cannot be sure that Zerlina's scream is authentic, why would we believe the abused?

My very favorite Ariadne auf Naxos moment comes from a rehearsal featuring James Levine and Jessye Norman. 'This is the best section of the piece!' he declares, as he plays piano to lead her into her Act II entrance. When this moment aired last year during a Live in HD performance, I was brought to tears. Knowing now that the Met knew about Levine's abuses, that they were still allowing him to work there, and that all of this complicity was to preserve Levine's interpretations of Works of Art, I am not sure I will be able to watch this clip ever again. These productions, even at their most magnificent, are not worth the price that was paid by Levine's victims.

The Composer's final line near the end of Act 1 in Ariadne auf Naxos is 'Du hast es erlaubt!' (You have allowed this). As long as we are valuing the Work above all, and at any price, we are all allowing this.